Address and PAN Information are required to generated receipts for Income Tax Deductions.

At present, the disease of cancer has taken a terrible form in the world, especially in India. An NGO in India supports the fight against cancer.

It is one of the leading causes of death. This continues to be the cause of concern even today. Currently, cancer is the preeminent cause of death after heart attack.

World Cancer Day is celebrated across the globe on February 4th. In India, in view of its militancy and to make people aware, an awareness campaign about cancer has been started from the year 2014. National Cancer Awareness Day is celebrated every year on November 7th across the country.

Further, Mission Heal runs various health campaign programs for checkups. This organisationwas established with the intention of creating awareness, detecting and providing treatment, particularly for deprived sections of society. More than 65% of cases occur in the lower income class, and the goal is to make their lives happier. Mission Heal works towards their welfare

Since they began, we have continued to offer their support to numerous cancer patients in need. Mission Heal counsels patients and survivors while also promoting awareness of the disease, risk factors, and available preventative and therapeutic measures.

In addition to offering financial assistance to the poor, they also offer housing, therapy, and support groups for counselling.

Its mission is to transform the way the public views the treatable and preventable disease of cancer in India and to eradicate the stigma attached to it.

As a matter of facts the prevalence of cancer is rising quickly in India. As a result, it is crucial to increase public awareness of the disease. By adopting the appropriate lifestyle modifications, we expect that this will result in early detection, which is crucial for the management and treatment of cancer. 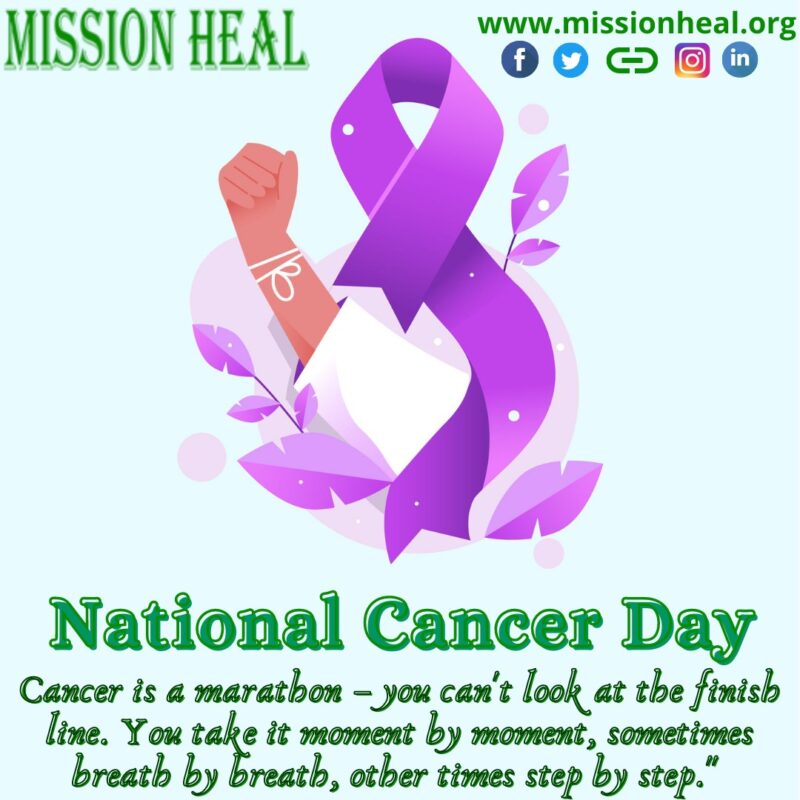 An NGO in India Sharing statistics on Atrocious Disease

The Mission Heal NGO in India is not less than a God for the poor people. We are conscientious about working for cancer patients at each stage of this hazardous disease. Slum dwellers are the most affected community, and they are unfortunately unaware of the region of India.

However, Our panel of doctors met them personally and performed regular health checkups. The goal is to raise the standard of living for slum people. Education, health, and the environment are Mission Heal’s key focus areas.

Our organization doesn’t discriminate and treats everyone fairly. Our volunteers make sincere efforts to make the cancer patient’s life easy and comfortable. The families are neither financially capable nor aware of such programs. Our NGO provided free regular checkups to heal their lives a little bit. Cancer is the main cause of death in India.

We have shared some eye-opening facts with you. Now we will tell you the most prevalent cancer type in India.

Types of Cancer Prevalent in India

It is the most prevalent cancer in India and is rapidly increasing among women in metropolitan areas. In order to effectively manage and cure it, early detection is crucial. Many women present with stage III or IV cancer, which necessitates surgery and intensive therapy, as a result of ignorance, fear, and social stigma. Early detection typically results in less aggressive therapy and greater recovery prospects.

According to GLOBOCAN, 2020, cancer of the cervix uteri is the third most frequent cancer in India, accounting for 18.3% of all cases (123,907), and the second most common type of cancer in women, accounting for 9.1% of all deaths. It is only a preventable and curable disease when detected at a pre-cancer stage.

Although in both urban and rural populations, these are most prevalent in both men and women, and they are also largely preventable. Therefore, it is crucial to educate individuals about the risks associated with smoking and chewing tobacco. It accounts 10.6 %

It accounts for nearly 5.8%. It is more prevalent in men than women, or we can say even more than double. Somehow there is regional variation in the area.

Sign and symptoms is an alarming news something is not right with your body. However, Cancer can develop signs and symptoms as it presses against neighboring blood arteries, nerves, and organs as it grows. Some organs, like the brain, might experience symptoms from even the smallest tumours.

You might experience indications or symptoms in various places of your body if your cancer metastasizes, or spreads to other parts of your body. The fact that cancer cells consume a large portion of your body’s energy source is another reason you can feel the symptoms. Additionally, they alter how your immune system functions.

It is really concerning that the burden of cancer is growing. In the past, using tobacco and drinking alcohol was thought to be the main causes of cancer. Obesity, radiation from cell phone towers, vegetables cultivated in contaminated water, such as rivers near factories, food adulteration, and artificial food and vegetable coloring all raise the risk of cancer.

Mission Heal is an NGO in India, we not only support at the beginning, but we also help them afterwards. We know that some sections of society are totally dependent on us as a responsible organization. We would appeal to you to donate to this noble cause. Every single donation can make a difference.

Recent Cases
How you can Help
Credit/Debit card
Net Banking

Now you can also help us through :
UPI : [email protected]